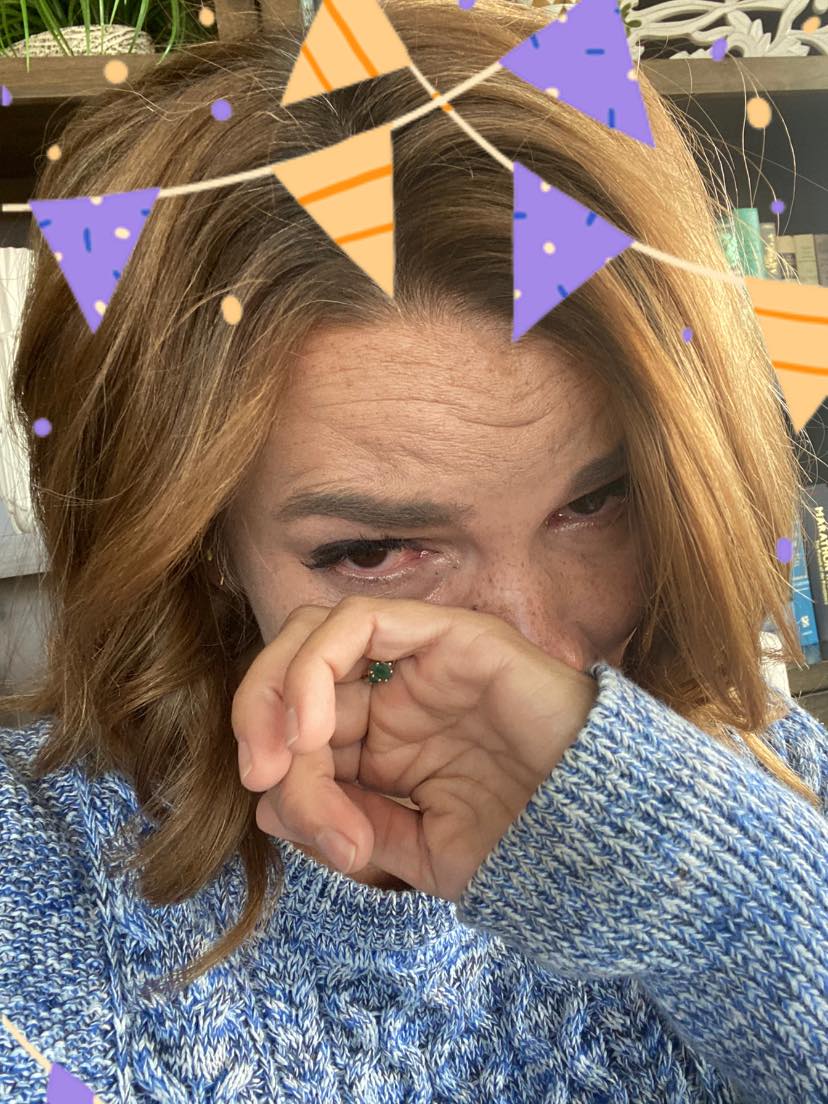 When filling out an author questionnaire about myself for my publisher, I was asked about previous published works, awards, and speaking engagements. Well, I won the poetry competition in fourth grade for Reflections and got to read it out loud in front of the parents, but that’s my main claim-to-fame. That poem was, admittedly, rad.

My successes in life are most often quiet and understated. I am a loving and silly mother. I am a loyal friend and a supportive spouse. I am not coordinated, but I am very athletic. I am kind. I like sharing my stuff. Yesterday, I killed a black widow by stepping on it. I have recently mastered touching my toes from the standing position. I have outstanding lips.

I am proud of myself for these things, but I don’t require a lot of outside recognition for them.

While filling out the questionnaire about myself, however, I was overwhelmed with how little I have done, at least things that seemed relevant in the publishing world. There is no master’s degree in snuggling. There are no awards for sharing my tomato harvest or delivering plates of cookies to my neighbors. My life, which is beautiful and fulfilling, does not look that impressive on paper.

What business do I have being an author when I have never been an author? Why would someone read my book if only have a few hundred followers on Instagram? What if no one but my mom buys my book? And what if people do buy my book, but they think it is lame and they give it two stars on Goodreads? What business do I have parading around like an author when the biggest speaking engagement I have ever had was at the pulpit at church.

I vacillate between euphoria at fulfilling a life-long dream to humiliation for the failure I have not yet had. I have spent hours over my laptop crying, overwhelmed, and feeling like a complete poser. I feel more vulnerable than I ever have.

I posted a pretty pathetic picture of myself, but I am not throwing a pity party (haha, well maybe a little bit). While my feelings are big, they are also good. I am doing something scary and hard and exciting. I am shooting my shot, and maybe I will fail, but maybe I will succeed.

Have you ever felt like an imposter? How did you overcome those feelings?

In fact, I bet if YOU opened your linen closet right now, this very second, an avalanche of stockpiled toilet paper would bury you within seconds. That’s right; I see you.

But, being that the Lees already had months of emergency toilet paper and food stored in our basement, I was a little surprised when the Amazon Prime truck dropped off five huge cases of Scott toilet paper. My surprise turned to alarm when I realized that these rolls were… uh… large. I mean, even Shaquille O’Neal would feel daunted by them.

“What do you mean?” he joined me at the open box and peered down inside. “Oh… well, that was unexpected.”

Ryan had been expecting five cases of regular human toilet paper, not five cases of Megalodon toilet paper (for the sake of accuracy, these were actually tightly wound industrial paper towels, which have since come in handy, surprisingly. Just not on our bottoms).

Even though we’d been prepared for the Toilet Paper Crisis of 2020, the mass pilgrimage to the grocery stores left us feeling worried. What if there was no TP at the store ever again? What would we do? How could we survive?

The reality was that there was plenty of toilet paper in the world for everyone. And even if there wasn’t enough, it would be okay. We would innovate.However, it FELT like a major crisis. We were in scarcity. The more toilet paper other people had, the less confident we felt in our own supply. That’s when Ryan ordered “the rolls.”

We humans are predisposed to this scarcity mindset. We worry that the more someone else has, the less we will have. This is why we feel threatened by people who have money, cool talents, and own their own bidets.

“How can I be skinny when she is so much skinnier?”“I thought MY car was cool, but look at the rims on THAT Tesla.”

“That person’s faith is so solid. Why do I waver? What is wrong with me?”

This comparison game is brutal. We all do it.This new generation of teenagers plays an especially viscous match. Imagine dealing with all the typical teenage insecurities but adding social media into the mix. It would be like sinking chest-deep in quicksand and then someone handing you an iPad.

When I see those Junior High kids standing on the corner waiting for the school bus, being loud and obnoxious and toting their smartphones and Hydroflasks, my heart squeezes in my chest. These kids are fighting a billion battles a day, putting each other down, puffing their chests outward, trying to hoard all of the “coolness” because it feels like there is not enough to go around.

There is enough, kiddos! There is more than enough. You are enough.

My many years (LOL) have taught me that the less I compare myself to others, the less chance I have of suffocating in an avalanche of metaphorical toilet paper. When I celebrate others for their successes and celebrate myself for mine—not balancing the two on opposing sides of a scale—I find that I like everyone, especially myself, much better!

Ryan and I preach this concept to our kiddos every day, but we know they will only internalize this lesson when they get pummeled a little by the “scarcity” game. So I write them books with characters dealing with the same stuff, pray like it is nobody’s business, and love those little monsters unconditionally.